The dancers form a big circle on the public space. The circle represents the cycles of nature. It evokes ritual, a spirit of communion, unity. Prelude #1 reconsiders the notion of ritual in a context where the very idea of people gathering together is being called into question. This piece was captured on film by director Sandrick Mathurin and was part of the 39th International Festival of Films on Art (FIFA) and Light Moves Festival 2021. 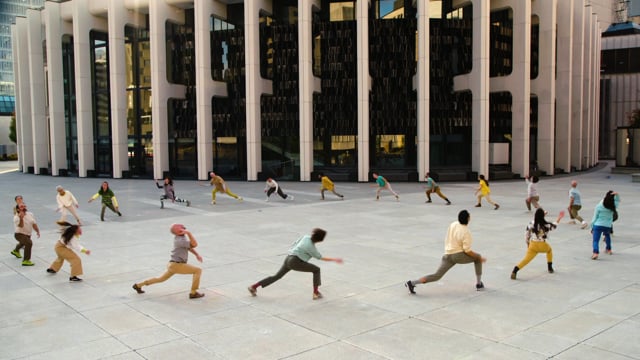 "Émard’s choreography involves a lot of naturalistic-feeling movements. Watching, it feels as though the dancers are speaking a universal language of physical expression. It’s a nice reminder of dance’s ability to communicate cross-culturally, even when the dancers themselves can’t travel." The Stage, London, August 2021

"Both pieces are hypnotic to watch, and the dancers' technical mastery is tremendous, keeping subtle unity against a fluid, repeating soundtrack. Even as the choreography becomes more curved and intricate, they maintain the crispness of their formation. It creates the effect of a society, individually human, but moving as one." The List, Edinburgh, August 2021