A Sylvain Émard Danse and Canada Dance Festival co-production, in collaboration with the Goethe-Institut.

Patchwork of insistent urgency. In three solos and a duo, Sylvain Émard has crafted for his dancers roles that are adapted to their most pressing needs, establishing four contrasting worlds where the depth and authenticity of gesture convey the complexity and vulnerability of the individual. Intense and often surprising, the actress Monique Miller slips majestically into this work.

Her minimalist movement is touchingly eloquent, offering a troubling counterpoint to the raw energy of the three exceptional dancers Kimberley de Jong, Laurence Ramsay, Manuel Roque.  Fragments – Volume I is like a collage of miniatures that places the dancer at the very heart of creation.

Fragments – Volume I premiered at the Canada Dance Festival in Ottawa in June 2010. 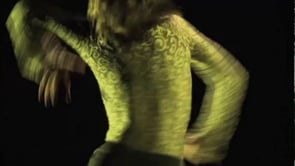 "Four deeply personal and contrasting responses inform this collective in wich loneliness and vulnerability are given rich expression in a powerful and often poignant production. […] a profound and deeply moving performance." Examiner.com, Dublin, Ireland, May 2015

"[…] a collage of solos and duets that left a lasting impression." The Argus, Brighton, United Kingdom, May 2015

"[…] Fragments – Volume I was a brilliant and diverse evening of movement that ranged from athletic solos beginning with an upside down body straddling a chair, pure gestural movement that featured the idea of actor as dancer, and a gorgeous same sex duet that ended the evening with acute and engaging characterization." Bateman Reviews, Toronto, Canada, March 2012

"Each [short] piece opens with a striking entrance, has its own dramatic arc and a clean dénouement. The movement is polished, the trajectories are brief and numerous, the phrasing is subtle. We thus often have the pleasant impression that the performers are telling the story of the life course of an individual, with its tensions, frustrations, renewed confidence and moments of calm." La Presse, Montreal, Canada, October 2011